Postnatal depression and me. 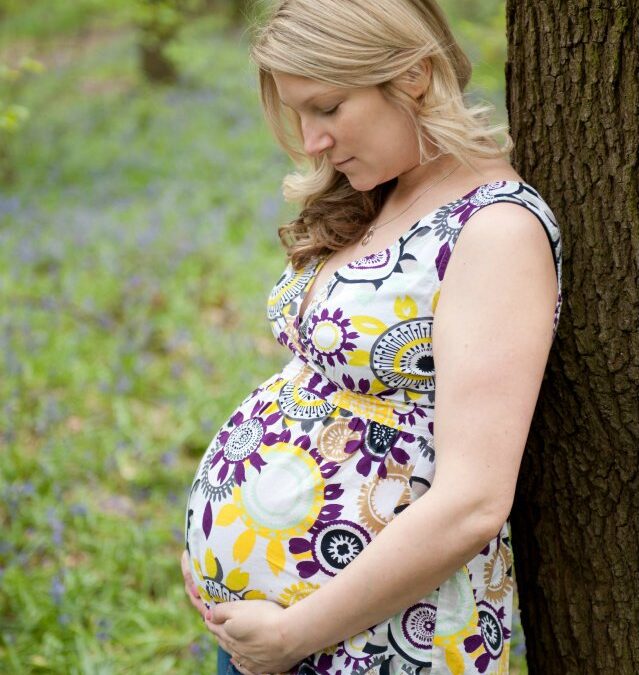 I was full of that nervous excitement that any expectant mum feels when expecting their first child. Little did I know that within 3 months of giving birth my life would be hanging in the balance.

My husband and I have been very excited when we discover I was pregnant and began planning form the start. She was a much wanted and already loved baby. My pregnancy was a text book pregnancy, no morning sickness, tiredness or luckily for me no stretch marks. I can hear you all groaning, and I’m still not sure whether it’s luck or whether my tips of drinking plenty of water & moisturising twice a day did the trick. 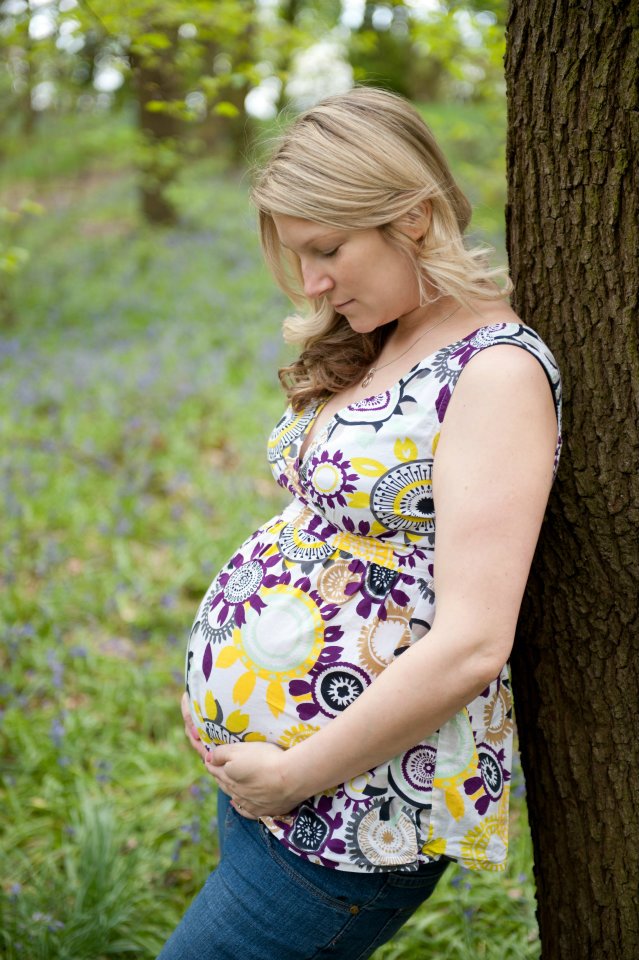 In December 2008 my waters broke and I went into labour. I was 38 weeks pregnant and thankful that it was before my due date as I didn’t fancy eating my Christmas dinner while heavily pregnant. After a first trip to the hospital to be checked I returned home and laboured throughout the night. The next evening around 10pm I finally went back to hospital to give birth.

I was walking across the car park (yes you heard right, my husband did not drop me off by the door but instead parked up and expected me to walk!) and I could feel my baby jumping around inside me. I remember at the time thinking that I didn’t know they moved around this much during labor.

While I was being examined by the midwife, she seemed surprised that she could feel something hard at the top of my bump. I laughed and said that’s probably her bum; she’d had her head engaged since 5 months. She came back with the ultrasound and after scanning me, went to fetch the consultant.

He scanned me again, gave me an internal (never pleasant) and looked at me quite calmly and said, “your baby is transverse, she’s not going to be born naturally, we’re taking you straight down for an emergency cesarean”. My heart stopped, of all my planning, where I said I would do whatever was needed to see my baby arrived safe and well, and I had never even contemplated that a section might be necessary. To say I was terrified would be an understatement; I hated needles and now I was going down for major surgery.

The midwife explained as she was prepping me that the hard lump she felt was my baby’s head and that she had turned out of position and now she was trying to come out bum first with legs up one side and head up the other (so basically in a V shape).

On the way down to theatre my contractions were coming thick and fast and I wanted to push. I was given gas and air, which instead of making me feel a little drunk as I’d heard many people say, it was making me want to be sick.

Once I reached theatre, they gave me a spinal block. To this day that’s still the best thing ever. Within seconds I went from utter agony to not being able to feel a thing.

To cut a long story short, my daughter, Freya, was born perfectly healthy at 11.55pm on 5th December 2008. My recovery was amazingly fast. I was up and about by lunch time the next day and had very little pain. (although I can confirm that the 2nd time round was a hell of a lot longer recovery time). 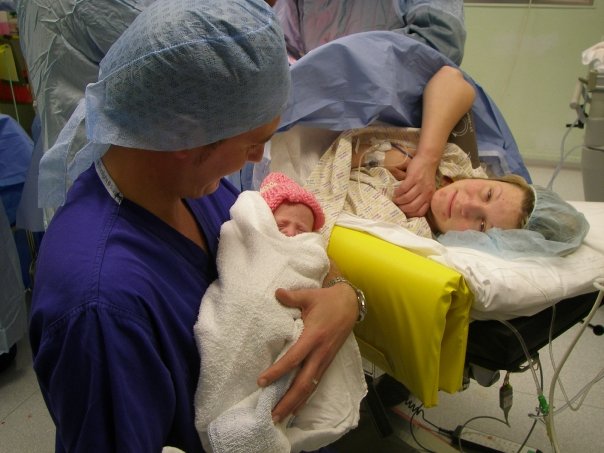 I’m defiantly not looking my best lol, but this is as close I got to my baby after the birth for the next 3 hours.

I went home 3 days later and was so happy. My husband took 2 weeks off and I was driving after my 6 weeks was up. Our life was amazing, other than the sleepless nights of course.

I had even started to have suicidal thoughts.

I think at the time my husband though it would pass, but it didn’t, it just got worse. He took me to the doctors, who diagnosed I had postnatal depression.

I can’t properly describe the shock I felt when I found out: I couldn’t possibly have depression. What have I got to be depressed about? In fact; those were the exact words my mother said to me when I told her. It wasn’t her fault, she didn’t understand how postnatal depression works.

To the outside world, I had a health baby, nice house, a good job, a good husband and altogether a fantastic life. She had lost her first born child and suffered a great deal, so really I had nothing to be depressed about and to some extent that’s how I saw it too.

But Post-natal depression doesn’t work like that, it’s an illness. Despite the massive research and various studies into PND, many doctors don’t really know what causes it. They think that a hormonal imbalance coupled with stress may be to blame but there’s still no real proof.

The Doctor proceeded to prescribe the standard antidepressants. Now I’m not a person who likes popping pills so to take them was a big decision for me. He also called the health visitor to come out to see me, which she didn’t do. She did instead call me and made me feel like I was making the whole thing up so I told her not to bother to come.

I took my first antidepressant that night and totally hallucinated, spending most of the night having things flying at my head. First thing the following morning they went straight in the bin.

I was however determined to do something about my postnatal depression. This wouldn’t beat me and I was adamant that I was strong enough to fight it without the horrible pills. So, I looked up counselling. I had already been told by the doctor that there was a very long waiting time to get one on the NHS, so I paid for one myself.

The counselling service helped me immensely. With their help, I was able to discover that the traumatic birth and the fact that I didn’t get to hold or cuddle my baby until she was almost 3 hours old had a lot to do with my postnatal depression. It took several months of counseling and putting my daughter in nursery for 1 day a week, so I could have some me time, before I began to feel any better.

After 2 years I was beginning to feel more like my normal self. My husband really wanted to have another baby, and so did I, but I was terrified that I would succumb again. In the end we decided that we had done enough preparation and that we’d be far better equipped to cope with any illness this time round, so we made the decision together to give it ago.

This pregnancy was very different; I had terrible morning sickness & heartburn (luckily still no stretch marks so my tips or my genes must be good). Around 7 months pregnant I began experiencing symptoms again. I remember feeling like a black hole was beginning to swallow me. This time, with the benefit of experience I knew I had to get some help, so I spoke to the doctor and Counsellor and got through it. I was convinced that this was the start of it again.

I was 36 weeks pregnant when my son was delivered by C-section due to an infection. It was 23rd June 2012 at 11.55am (very weird coincidence about the time). He was fit and healthy and we went home 3 days later, as I stated above my recovery was long and slow, but I did manage to Photograph a wedding 5 weeks after my section. 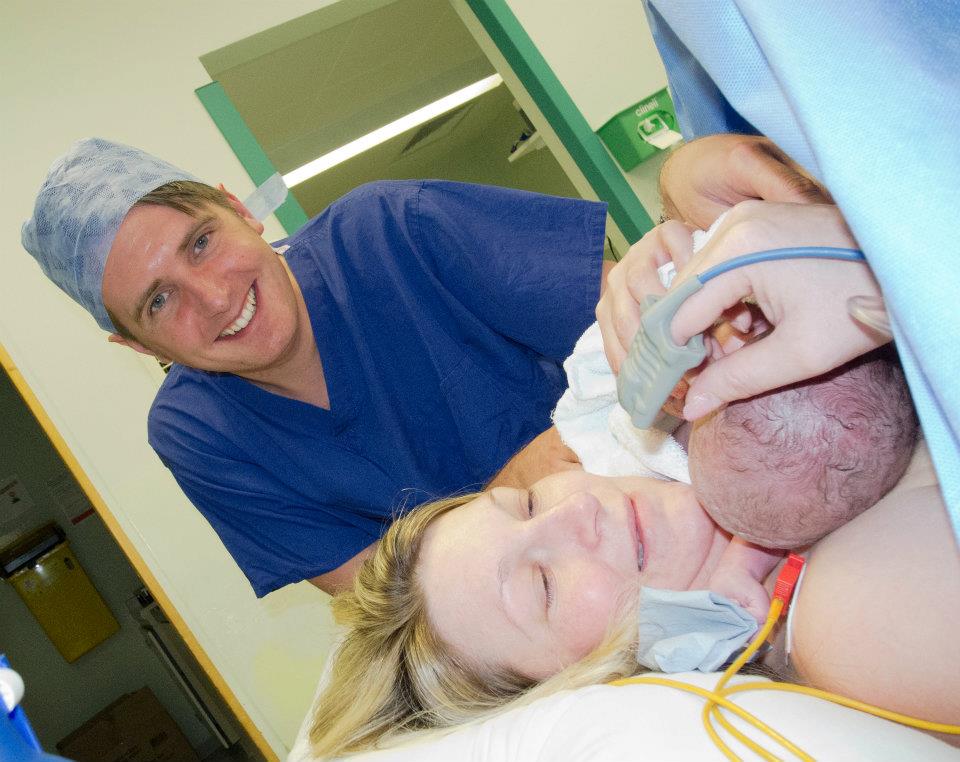 Still not looking my best but this time around i got to hold my baby straight away.

I am pleased to report that I didn’t suffer any postnatal depression with my son & have an amazing bond with him.

Now almost 7 years on I still don’t have that bond with my daughter. I feel guilty about it constantly and I’m working on building that bond as she grows. We have girly days out and spend as much time together as possible. Im sure we will get there eventually.

My advice to anyone feeling low after having a baby is to speak to your doctor, midwife or health visitor straight way. There is no shame in suffering from postnatal depression, its an illness and it’s not your fault if you are struck down with it. You are not a bad mum and no one will take your baby off you for admitting you’re feeling low or not coping well.

You can read more about the signs and symptoms here but if you’re still not sure then contact your GP. Don’t forget Postnatal Depression can sometimes start a good 4-6 months after the birth of you baby.