As a newborn photographer I will often be chatting to my clients while i’m settling the baby. One topic that always come up is “how did the birth go”.
Some of my ladies have given me permission to share their stories with you.
Today’s comes from Lucy, who was not only a wedding client of mine, but also came to me for bump and newborn portraits. 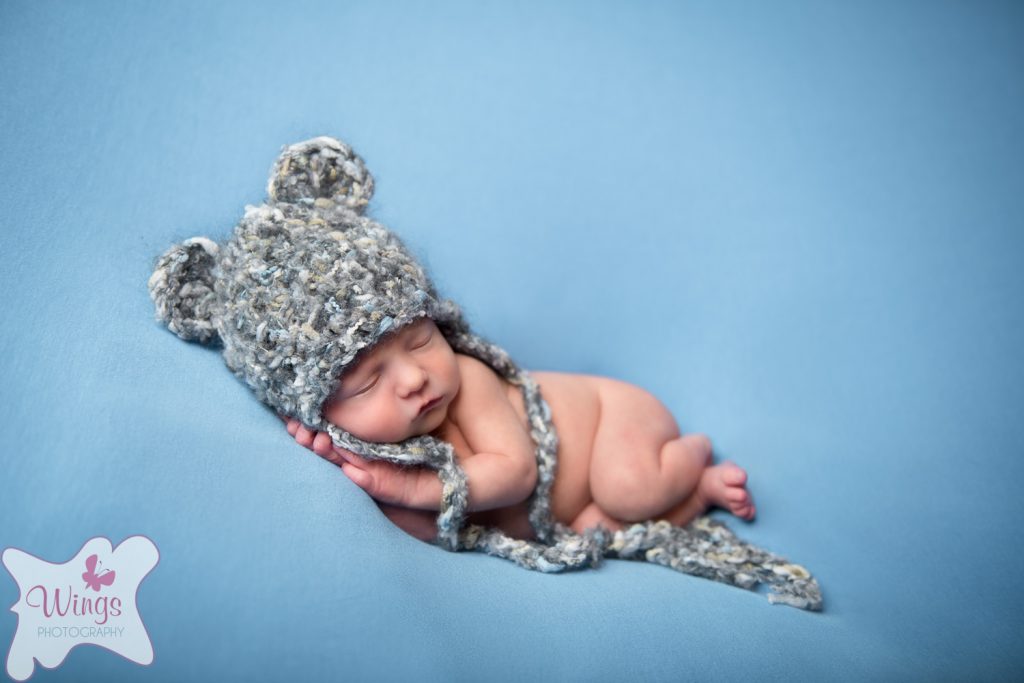 My pregnancy with Oliver was consultant led due to previous complications in pregnancy and birth.
It was decided early on that I would be induced on my due date but we would try a sweep at 38 weeks.
The day of the sweep came and I went to the hospital for the procedure. The consultant was very nice but very vigorous and I was warned it was likely I’d bleed for a little while afterwards but to ring triage if it didn’t stop or if anything happened.
So I went home with my husband but unfortunately the bleeding didn’t stop and then I started losing a few clots, so I rang triage who asked me to come in.

Once I was there they ran a trace and said baby was fine but they wanted a consultant to come and talk with me.
When she arrived she decided as I was still bleeding they’d keep me on over night and bring my induction forward to the morning I was quite shocked to be honest, but went up to the ward excited for the arrival of our little boy.
Once I arrived upstairs I told my husband to go home to rest and see our other children as the Midwife’s and doctors had said the induction would be tomorrow. Little did I know that once he’d been gone an hour I’d pass another large clot so they decided to induce me straight away.
Cue me ringing my husband back and telling him to hurry as our previous daughter had been delivered in an hour and twenty minutes!!!
Once I was down on the birthing centre I had the pessary inserted which promptly started contractions. Unfortunately they didn’t seem to be doing and awful lot so the consultant decided to break my waters and start me on a drip to induce quicker luckily my husband arrived just before they did that as the contraction were then very strong and I didn’t really get a break in between.
I was using gas and air quite a bit by now but unfortunately it made me quite sick, so opted, with my husband reminding I wasn’t a failure, to have an epidural. Once that was in place I was now more comfortable but I had the urge to push.
I was checked and was 10cm so was told not use the epidural top up button so only actually got the benefit of the epidural for about half hour.
Luckily I only had to push about four times before our little man arrived healthy and screaming at 6lb 4oz.  He scored well in his checks and I delivered the placenta without issue after having the injection to help it along.
I got skin to skin contact whilst that was going on and was lucky that Oliver took to breastfeeding straight away so I got to hold and feed him for about an hour all cuddled up together which was lovely.
All in all I always knew I wasn’t going to be able to have a water birth or an unmedicated or unassisted birth so was prepared for that. I was worried that it would be a lot more stressful as my previous two births had been spontaneous and without medication.  Actually, although more intense, the birth itself wasn’t as bad as I feared and I was very happy with the care we received and elated to have our baby here safe and sound after a complicated pregnancy.